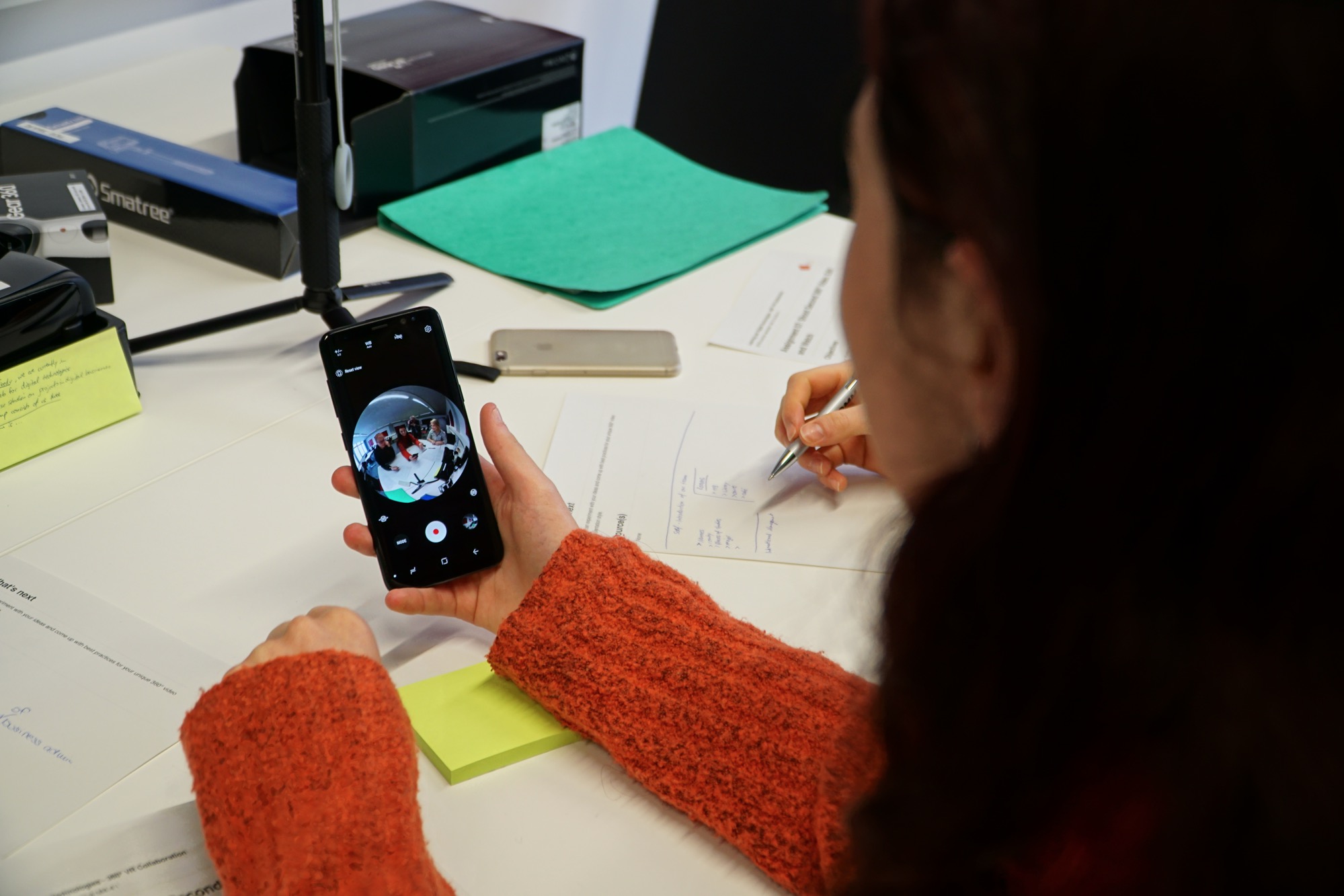 In the stream “360 VR” the possibilities and technological fundamentals of Virtual Reality are shown. 360° cameras and VR glasses are used with Android mobile phones: These are used to experience and test VR apps, but also to produce their own content. The 360° videos are edited on the laptop using special software applications.